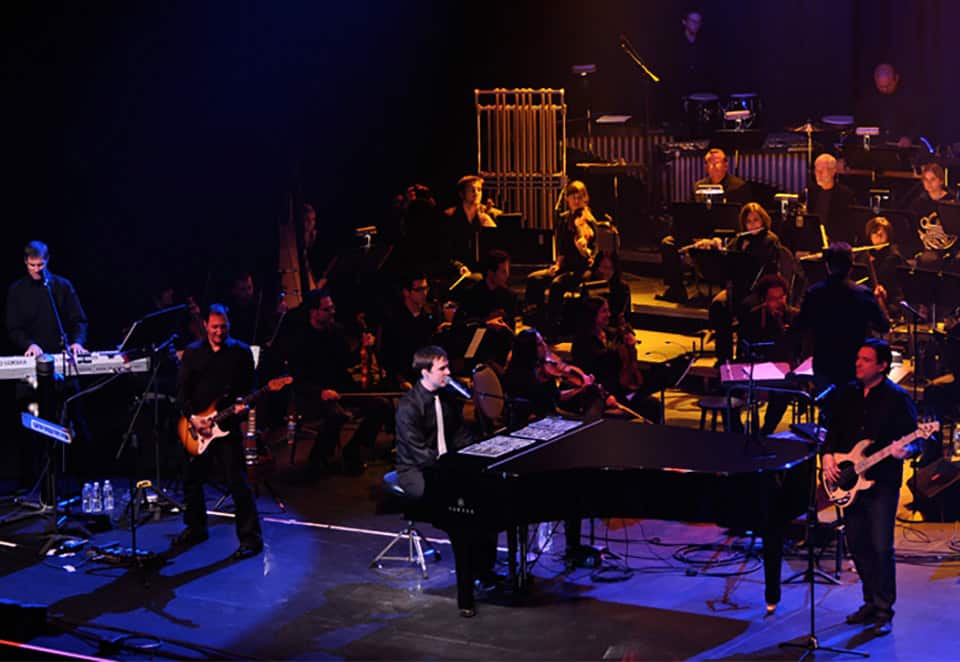 Michael Cavanaugh makes the list, along with artists like Jonas Brothers and Elton John, as the top 75 US Touring Acts. His performance of The Music of Billy Joel and Elton John is becoming a fan favorite, as it showcases the greatest hits of Sir Elton John and Billy Joel, including “Piano Man,” “Movin’ Out,” “Crocodile Rock,” “Tiny Dancer,” “Rocket Man,” “Benny and the Jets,” and more. Anyone who attends his concerts will quickly realize why Reuters named Cavanaugh Entertainer of the year.

Cavanaugh was handpicked by Billy Joel to star in the Broadway smash hit “Movin’ Out”.  The show culminated in 2003 with both Grammy and Tony award nominations for Cavanaugh.    Michael played over 2500 performances on Broadway.

He currently tours performing this show at Performing Arts Centers across the United States. As well as four different symphony productions with Orchestras across the world. He has played with over 100 different Symphony Orchestra’s worldwide, and locally has played with the Lexington, Cincinnati, Louisville, and Nashville Symphonies.

“The New Voice of the American Rock and Roll Songbook,” says Billboard Magazine. Broadway World referred to Cavanaugh as, “The New Piano Man.”

For information on how to book Michael Cavanugh for a private event, public event or symphony show, please visit https://michaelcavanaugh.com/contact/.